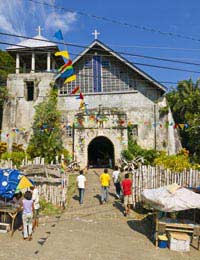 The Philippines is a South East Asian archipelago located between the South China Sea and the Philippine Sea. The country is not a well-known tourist destination, unlike it's neighbour Vietnam. However the warm and welcoming nature of the Filipino people, as well as the rich and colourful culture has proved to be a very attractive proposition for many travellers. In recent years, business trips have also become more frequent to the Philippines, as companies choose to invest in the industries and manufacturing there.

If you too are planning a visit to the Philippines, understanding the culture, traditions and etiquette expected of you will only make for a more enjoyable trip.

Like many of its neighbouring countries, The Philippines is a society based around core family values. Extended family are closely looked after, and many sponsors and important family friends are also considered to be part of this important extended family.

This is an important consideration when meeting a group of Filipinos, as you are expected to greet the most elderly or senior person present first. It is generally accepted that you only use first names when invited to do so; otherwise the standard protocol for meeting is to use honorific, academic or professional titles, followed by their surname. A handshake and smile are the most common form of greeting between individuals - hugs and kisses are reserved mainly for female friends.

Hiya is the term Filipinos use to describe the concept of shame. In some respects it is similar to the concepts of honour and 'saving face'. This principle is a fundamental aspect of culture in the Philippines, and forms the basis of most etiquette. Shame can be brought upon other people, as well as brought upon oneself. Public displays of criticism, shouting at or being overly emotive towards someone are all examples of behaviour that is thought to be shameful. Filipinos also take great pride in the way they dress - you should always make an effort to dress well for any occasion, as well taking care of your appearance on a day to day basis.

For this reason, when visiting the Philippines, if you have an issue that you need to take up with a Filipino individual, it should always be done quietly, and in private if possible. However angry or annoyed you might feel, you should always retain a calm exterior - shouting and aggressive behaviour is seen to be very bad etiquette and will not help your situation at all.

When eating out in the Philippines, try to arrive at the restaurant at the agreed time. If you are eating in a Filipino home, you can arrive around 15 minutes to half an hour later than the arranged time, but any later might be considered rude. As always, it is considered good etiquette to dress well for dinner.

If invited into a Filipino home for dinner, you should bring with you a small gift as a token of your appreciation. Sweets and flowers are always well-received gifts. As with dressing, appearances are important, so you should also make a good solid effort with the wrapping of the gift!

It is very important that you remember not to refer to a host's wife as a hostess. This is because in Philippine English, the word hostess actually means prostitute - so one can imagine how badly this would go down!

The most common eating utensils are a fork and spoon, with most meals centring on a buffet self-serve style dinner. It is generally expected that you hold the fork in your left hand, as it is used to transfer food into your spoon in the right hand. Remember though, you should not begin eating until your host invites you to do so. Tucking in beforehand would be thought of as greedy and impatient.

After the meal you should take your time with your fellow guests - don't be tempted to slip away from the table too early. It is thought to be good etiquette to thank your hosts for the dinner in person, as well as sending a follow-up thank you card.

In general, Filipino culture is similar in many ways to western culture. However, as you'd expect, Filipino society has been largely influenced by its geographic location - namely the intermingling of aspects of eastern philosophy into its cultural etiquette. As long as you abide by these basic aforementioned rules of etiquette, you should find that your time spent in the Philippines will prove to be extremely enjoyable and memorable.