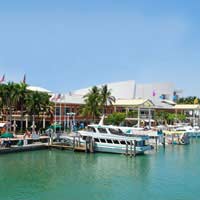 Year upon year the state of Florida continues to draw thousands of holidaymakers to its shores. This is mainly due to its abundance of famous tourist attractions resorts, coastline and the climate. But both Florida’s history proximity to the Atlantic Ocean means that it is not only a tourist haven, but also a cultural hotspot. As a holidaymaker, you should be aware of all cultural customs that you may encounter, as well as employing the more standard American take on proper etiquette.

Residents of Florida – or ‘Floridians’ – come from many different ethnic backgrounds and ancestries. In particular, there is a notable and well-established Hispanic population in cities such as Tampa, Miami and Orlando. Miami is home to many Cuban Americans, and Orlando has a high population of Puerto Rican Americans. In recent years there has been a rise in the number of Central American migrants settling in the south west of the state.

Many of these communities retain close ties to the customs practised in their ‘mother’ country. For instance, in Hispanic communities, the use of ‘Mr’ or ‘Mrs’ may be informally replaced with the use of ‘Senor’ or ‘Senora’. Family honour and retaining close family ties may also be more prevalent. You should thoroughly research the area that you are visiting to make sure that you are up to par on the social customs of each ethnic background.

Generally Floridians have a bit of a reputation for being very casual and relaxed in their approach to some aspects of etiquette. This may be reflected in the manner of casual dress, use of first names and their approach to first introductions. Don’t be surprised if on first encounters with a Floridian, your introductory handshake is followed by a firm slap on the back, or a hug and kiss for a female. This is not intended as rude or meant as an intimidation, moreover the familiarity is supposed to communicate friendliness and openness.

If you feel uncomfortable, you do not have to return this gesture. You will still be accepted if you stick to what makes you feel more at ease, such as a simple firm handshake and using a title and family name when addressing someone. Floridian children will also frequently refer to their elders by their first given name. Again, this is not meant as disrespectful, it is just that a state of familiarity is established a lot faster here than in most places.

Remember that despite this seemingly informal approach, the rules of basic etiquette are still very much applied in Florida. Saying ‘please’ and’ thank you’, graciousness, a respect for authority and common courtesy are still inherent in Floridian social etiquette.

Smoking is now prohibited in any public estabilshment in Florida, with the exception of some bars and pubs. If smoking is banned in the pubs/bars you visit there will be a sign by the door as you enter, if you don't see a sign - ask! You should also be aware that many public and government buildings have now declared an outright ban on smoking. Lighting up in these areas is an offence and will be treated as such. If you are considering smoking, you should try and locate yourself away from anyone else, especially children. If you have difficulty in isolating yourself whilst smoking, it is considered polite to ask those around you if they mind if you smoke. Do not be offended or complain if the answer is ‘yes’.