Home > North America > Etiquette in Texas and the South 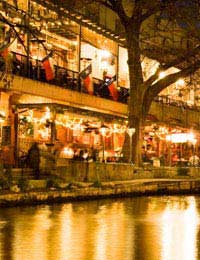 Residents of Texas and the Southern United States of America are widely known for their hospitable and friendly nature. Such hospitality is considered a virtue in others and so it then goes that when travelling around Texas and the South, you should be aware of what such etiquette actually is, and how you should conduct yourself to ensure a pleasant and enjoyable stay.

So what exactly is Southern Hospitality? In short, the basic answer is that Southern Hospitality is “proper” old-fashioned etiquette – respect, courtesy, kindness and selflessness. Although some aspects of this etiquette could be regarded as somewhat outmoded – such as the tipping of a hat or, children referring to elders as “Sir” or “Ma’am” – you should remember that such practices are commonplace in the South and Texas, and should be adhered to whenever possible. Always make a point of practising common courtesy, such as saying please and thank you, greeting, respecting authoritative figures and opening doors for others. Doing so will allow you to integrate more into Southern society, and although not local, you will be more than likely dually respected for showing such courtesy to others.

Although very open and friendly people, Texans and Southerners tend to be quite conservative in their social attitudes. Much of this is due to their history as well as many community’s close ties with the Christian Church. So generally, on meeting men will not make much close bodily contact other than the shaking of hands. A salutation such as “how are you?” usually follows the handshake. Women and older children will also shake hands in more formal circumstances. However, close male friends and family will slap or pat each other on the back or arm, and women may hug and kiss on the cheeks, but this should not be initiated unless your counterpart does so.

Despite their conservative stance, and despite the use of Sir and Ma’am, Adult Texans and Southerners may actually move to using first names very quickly. It's considered polite for younger people (20's and 30's) to call their elders by Mr. FirstName or Ms. FirstName. It's in between formal and casual.

Greeting etiquette is also used in a more succinct manner in everyday brief encounters with other people. For example, when passing someone in a relatively quiet area, it is polite to acknowledge them with a greeting such as “how do you do?” or just a simple “hello” or even just a nod of the head. Likewise, shop assistants and the like should also be met with a salutation and a smile. You will generally find that the more respect you give, the more you’ll receive – and this basically means a better service.

Texans and residents of other Southern States are very proud of their respective states and country as a whole. Therefore, during your stay you may come across many state flags (in particular Texas’s Lone Star flag) or American flags. The flags are a very important symbol, and as such there is a long and comprehensive list of rules regarding flag etiquette and the use of flags.

The basic rules of etiquette are that you should never be seen to vandalise or tread on flags, as this is seen as highly disrespectful and provocative behaviour. You should also never publicly comment or make derogatory comments about the American or individual state flags. Although not necessarily proper flag etiquette, the wearing of clothes with the American/State flag on them is tolerated, so long as the item of clothing is not conveying an offensive, overtly political and controversial message.

Texas and the Southern states of America are quite conformist, and as aforementioned many communities have a strong affiliation with the conservative Protestant Church, with many Hispanic communities centred around the Catholic Church. In terms of public behaviour, this means that common courtesy and upholding a somewhat modest demeanour are expected. This means that public displays of affection should be kept to a minimum – holding hands and kissing is tolerable, but anything beyond that would be considered vulgar and wholly inappropriate. There is also much less tolerance in this region for homosexuality, and any public displays of affection, particularly between men, should be discouraged. However, despite this, displays of wealth are more common, as they are often indicative of a higher social standing.

When driving in Texas and the South, you should also make a point of being courteous on the roads. If someone has made space for you during a lane change, you should show your gratitude by waving your hand.

How to Behave in California
Share Your Story, Join the Discussion or Seek Advice..
Being born and raised in Texas, I have to agree that this is pretty accurate. Texans are prideful of their state and/or country and respecting the flag is spot on. I've hardly been out of state, so it's odd for me to think that Americans in other states don't practice these common courtesies. As Tex and A have mentioned, hats are kind of something to be mindful of. Removing your hat when meeting someone, walking into a building, etc. is a sign of respect. If someone you don't know passes by and says hello, it's polite to smile and return it. If you bump into someone on accident and don't apologize, you're being rude. If someone is carrying something, papers for example, and drops them, you'd be rude to walk past without helping. Southern Hospitality is what all of us grow up on down here. So if you run into a rude individual in the south, they probably didn't grow up here.
Keira Renée - 16-Dec-11 @ 4:34 AM
Howdy yall. My name's Tex and I'm from well, Texas of course. As LKikkaB said, this article is mostly accurate, but there are a few very important things to remember when travelling in the south. Always respect a man's property, privacy, heritage and hat. Yes, I said hat.- Don't talk about politics or other controversial topics with anyone you don't know well.-Don't be alarmed by the public display of knives or firearms. Failure to follow these guidelines could land you in a whole mess of trouble, depending on what part of the south you're in.
Tex - 29-Apr-11 @ 6:06 AM
Having been born and raised in the south, I must say this article is mostly accurate. However, I would like to add to this statement: "It's considered polite for younger people (20's and 30's) to call their elders by Mr. FirstName or Ms. FirstName."The statement is true, but does not give all the facts. It is actually common and preferred for all children from the time they can speak to refer to elders in that manner, not just younger folks in their 20s and 30s. Another thing to add, if someone throws up a hand in a wave gesture and says, "Hey!" it is a friendly greeting, not a rude interjection.
LKikkaB - 8-Apr-11 @ 4:41 PM
Title:
(never shown)
Firstname:
(never shown)
Surname:
(never shown)
Email:
(never shown)
Nickname:
(shown)
Comment:
Validate: