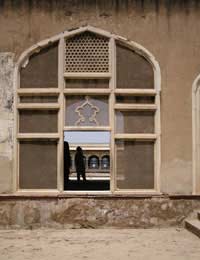 Owing to its diverse landscapes and people Pakistan is a country with a rich cultural heritage. The great mountainous regions, ancient ruins and stunning architecture are just some of the reasons that tourism is a growing industry in Pakistan. However, you should note that Pakistan is a Muslim country, and as such before visiting you should be aware of both the social customs and rudimentary principles of proper etiquette.

A great many languages are spoken throughout Pakistan, however Urdu is considered to be the official language of the country. Educated people will mostly speak English, as it is considered the lingua franca when dealing with foreigners. However, it would be regarded as ignorant and quite pompous to assume that all Pakistani people to speak English. To show respect and courtesy, you should try learning some very basic Urdu phrases to help you along during your visit.

Most Pakistanis follow the faith of Islam. The religion has a major influence in many aspects of Pakistani life, including familial and political issues. When in Pakistan you will be expected to adhere to certain aspects of Islam, such as dressing modestly, observing Friday as the holy day, and Islamic holidays such as Ramadan.

You should always dress modestly in Pakistan. For women, this means covering their heads, shoulders and upper arms, and wearing dresses that ideally cover the whole leg. In less conservative areas, skirts that fall below the knee or mid-calf might be acceptable, although it is advisable to always be prepared to travel with a large shawl if you need to cover up quickly. Men should always cover their arms and shoulders, and wear trousers rather than shorts. Women should be aware that in many instances, travelling alone is considered to be wholly inappropriate. Ideally a man should always escort a female, and both married and unmarried couples should not engage in any public displays of affection, including handholding and kissing. Be aware that there is very little tolerance for homosexuality in Pakistan, and any affection between same-sex couples may even catch the attention of the authorities. Generally, men and women should keep some distance between each other, and eye contact between the sexes should not be prolonged.

Pakistan is an extremely hierarchical and patriarchal society, with emphasis placed upon the importance of family and particularly elders. When greeting in Pakistan, you should make a point of meeting and acknowledging older members of the family. You should always use any formal or honorific titles, but as names can be a little more complex than simply a given name and family name, you should allow your Pakistani counterpart to introduce himself. If you are still not sure about how to address your acquaintance, don’t be afraid to politely ask. Never immediately defer to using given names, as this could be seen as disrespectful.

In more conservative families, only people of the same gender will greet each other. Men will shake hands and women will kiss and hug each other. In more informal circumstances, men will also hug each other whilst shaking hands. When greeting, it is good manners to make polite enquiries about friends and family, although you should avoid asking a man about his wife. This might be viewed as intrusive and improper, as Pakistani families are comparatively quite insular and private, especially where female relatives are concerned.

Pakistani people are very welcoming and you might find that you receive an invitation into their home. If this occurs, you should be aware that men and women may not socialise or dine together in the more conservative families, although this might not be the case for more ‘westernised’ families. Remember to always remove your shoes before entering the home of a Pakistani.

You should make sure that you are conservatively dressed, and you should make a point of arriving more or less from a quarter to half an hour after the stated start time of the dinner or social event. It is proper etiquette to bring a small gift or offering with you to show your gratitude for the invitation. Flowers, sweets and chocolates, or something indicative of your home country will always prove popular gifts. Alcohol should never be given as a gift as it is prohibited in Islam. Men should note that if offering a gift to a woman, it should be understood that the gift must come from one of his female relatives. It is thought of as inappropriate for a man to give gifts and flowers to women.

Eating is usually done with the right hand – you should be aware that the left hand is considered unclean, so to be seen eating with it would be regarded as completely vulgar and very bad etiquette! You will find that your Pakistani host will also continuously offer you extra helpings of food. At first you can refuse, but your host will insist and it is then polite to graciously accept.