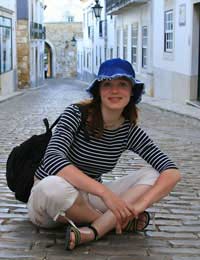 Portugal is a very popular holiday destination as its location on the Iberian Peninsula means that the whole length of the western side of the country is bordered by the Atlantic Ocean. Therefore, the Mediterranean and oceanic climate, the beaches as well as the inland mountainous terrains mean that Portugal is has much to offer those seeking lots of sun, sand and ski. Many British holidaymakers have fallen in love with the country, and increasingly many ex-pat communities are springing up all over Portugal. However, whether a potential resident or tourist, it is polite to learn what the basic Portuguese ideals concerning social customs and etiquette are.

Portuguese people are very conservative, polite and reserved people. They admire these qualities in others, so introductions and conversations with unfamiliar acquaintances should be performed in a relatively formal fashion. Portuguese people tend to be quite hierarchical - there is much respect for authority, particularly within the Catholic Church, family, business and other institutions.

Portugal is also a country that places much value on family and extended family. Elders and senior members of the family should always be shown respect and treated with dignity. You should also be aware that there is a degree of ‘saving face’ in Portugal –this extends beyond the individual as family honour and loyalty is of the utmost importance, and should always be respected.

Dressing well and caring about your appearance is inherent to Portuguese society. This is emphasised even more so in urban areas, particularly in and around the cities. You will often be judged on the way in which you dress, as it is seen as a way of demonstrating your societal importance and economic accomplishments. It is considered good etiquette to maintain a high standard of appearance in many social situations, however formal or informal they might be.

Introductions and greetings are usually very polite and formal with less familiar acquaintances. You should always make a point of using honorific or formal titles such as Senhor or Senhora, unless you have been invited refer to people on a first-name basis. Handshaking is the most widespread way to greet a person in Portugal, and is instigated for men, women and children alike. If you become well acquainted, your Portuguese counterpart may initiate more warm and personable greetings. Hugging between men and a kiss on each cheek, right to left, and sometimes twice, is common between females.

Be aware that if you need to beckon someone, pointing or using your index finger is regarded as vulgar. The palm of your hand should face downwards, and you should make short sweeping motions towards yourself. Also any outlandish and explicitly emotive behaviour would be thought of as crude, unless amongst good friends.

Food is a large part of family and social life in Portugal. Alcoholic beverages such as beer and wine are popular at social events, and it is considered polite and good etiquette to graciously accept if offered a drink by your host. Owing to its proximity to the ocean, fish is also a very popular dish in Portugal, and you should be aware that special fish utensils are often used. The custom among friends in Portugal is to arrive a good 20 minutes after the arranged ‘start’ time. When meeting an acquaintance or someone who you are on formal terms with it would be considered rude to arrive more than 5 - 10 minutes late.You should also bear in mind that the practice of gift giving is customary if you are invited into the home of a Portuguese person. The gift should be small but luxurious and well presented, so chocolates, flowers and expensive souvenirs from your home country will all prove popular. You should expect that the gift would be opened immediately and in your presence.

Travel Etiquette When Travelling in Russia
Share Your Story, Join the Discussion or Seek Advice..
I love when you sugest "Never make the mistake of speaking Spanish to a Portuguese person, as this would be considered as very rude and ignorant.". It´s so true :)! Sónia . Portugal
scosta - 19-Dec-12 @ 5:15 PM
"...and a kiss on each cheek, right to left, and sometimes twice, is common between females." This is incorrect, in Portugal it is normal to kiss each cheek, but only once! :)
Barbosa - 28-Aug-12 @ 11:16 PM
I'm portuguese and we sometimes can be very 'physical', especially with friends and family. Lots of hugs and casual touches. Also, when we meet someone (that someone else is introducing) we use the 'cheek-to-cheek' kisses. Don't know why lol
Mary - 25-Jan-12 @ 12:15 AM
Title:
(never shown)
Firstname:
(never shown)
Surname:
(never shown)
Email:
(never shown)
Nickname:
(shown)
Comment:
Validate: